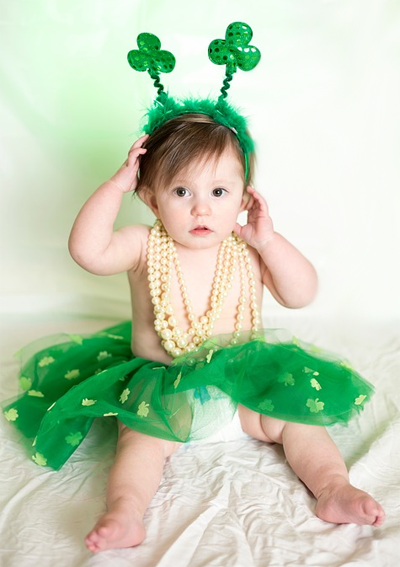 St. Patrick’s Day… What is it all about? Well, first and foremost, this day celebrates the life of Saint Patrick, the patron saint of Ireland, Nigeria, and Monserrat, on the anniversary of his death around 370-390 AD. Although Saint Patrick was English, he did missionary work in Ireland. What about everything green associated with this day?

Well, the shamrock, whose name stemmed from the Irish word for little clover, “seamair og,” was said to have been used by Saint Patrick as a symbol of the Christian Holy Trinity when he was doing his missionary work there. It grows abundantly in Ireland, so this makes sense.

Saint Patrick was not only the Patron Saint of the above countries, but also here in the United States, he is the patron saint of Boston, engineers, and the Archdiocese of New York. So it makes sense that the holiday has become a big tradition here.

The holiday itself was created not just to celebrate a Saint, but also the arrival of Christianity in Ireland. It was originally a Christian feast day. Perhaps this is from where the revelry and green beer stem? Parades are held in countries around the globe with various types of foods, decorations, and – in some cases – the symbols of other patron saints.

Here in the US we celebrate in a way similar to that of Mardi Gras. There are abundant people, alcohol and food, parades, cakes, beads, festivals, Irish music and dancing, and gifts and candy thrown from parade floats. Children and adults join in the celebrations by dressing in green and enjoying the festivities.

This Saturday, March 17’th, look into some history with your child to learn about the fascinating life of Saint Patrick. You will be glad you did! There was so much we didn’t know, and our daughter loved hearing the story of his capture, escape, and return to Ireland as a missionary!